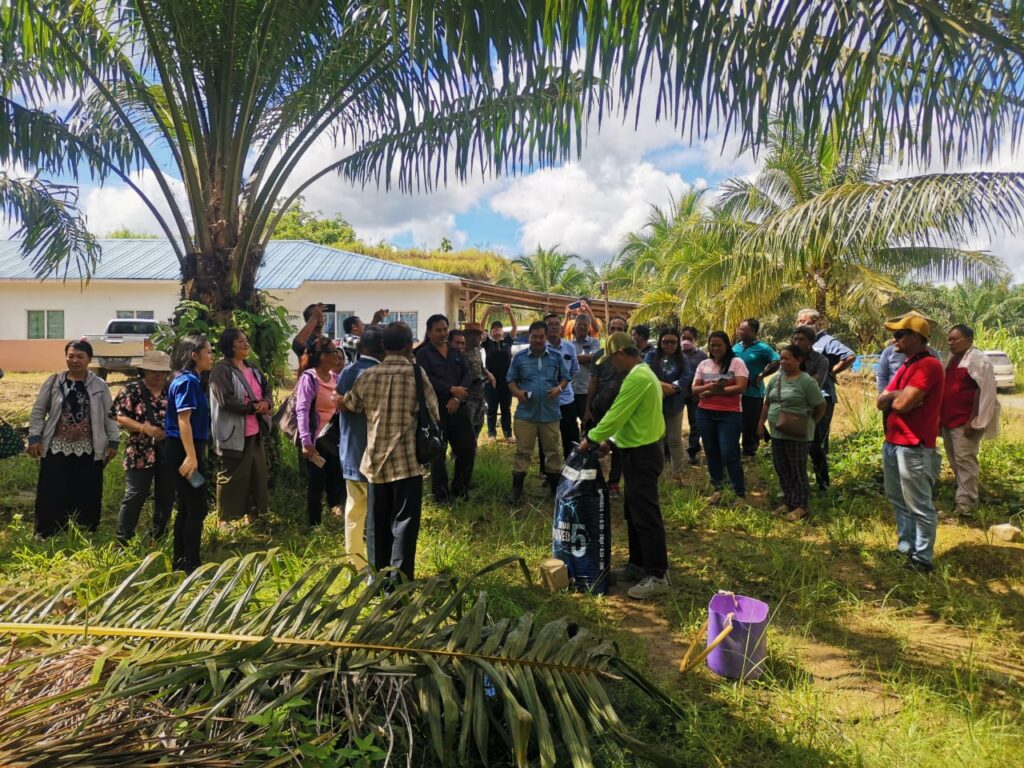 The DOPPA had raised concerns about the introduction of the EU Corporate Sustainable Due Diligence (CSDD) on the import of palm oil by European countries.

“The EU’s action against palm oil may have a significant negative impact on indigenous smallholders in Sarawak.

DOPPA emphasized that the regulations were developed without the participation of stakeholders from the Malaysian palm oil supply chain. As a result, the EU Parliament’s enforcement of the regulations is perceived as a protectionist measure for EU edible oil products like rapeseed and sunflower oil.

For indigenous smallholders in Sarawak, the area cultivated for oil palm is modest, with an average of three hectares per family. Most of the area developed is ex-shifting agriculture operated by families. The EU must acknowledge this when developing regulations that affect indigenous oil palm farmers in Malaysia.”

The most recent statistic on palm oil smallholders in Malaysia shows approximately 500,000 families that depend on the crop for income.

The DOPPA emphasizes that if the restrictions are enforced unilaterally on Malaysia’s palm oil industry, smallholders of oil palm, particularly in Sarawak with an estimated 40,000 indigenous smallholders, will be adversely impacted.

Regulations from the EU may be seen to violate basic human rights as they discriminate against the Dayak community and other indigenous groups in Malaysia that depend on oil palm as a cash crop. Denying the Dayak farmers the premium market for palm oil in the EU based on “deforestation” will in effect, deny Dayak farmers the chance for socio-economic advancement

The DOPPA respects the EU’s ambition to fight climate change. It is an ambition that is shared by Dayak farmers who have for centuries, managed their lands sustainably to produce food and cash crops while protecting forested areas as the Dayak culture is based on taking what is needed for survival today, with a keen eye on having the same resources available for future generations.

The DOPPA acknowledges that the EU Parliament may not be aware of the contributions palm oil has made to the welfare of indigenous peoples in Malaysia.

For that reason, the DOPPA urged the Malaysian government to work closely with the European Union to have the Malaysian Sustainable Palm Oil (MSPO) standards, accepted by the EU as a certification standard for sustainable palm oil.

“Land titles which have been awarded to Dayaks in Sarawak have been won through years of mapping work to confirm the land rights of Dayaks. These are primarily farming lands which our forefathers cultivated and are accepted by the state government as evidence of indigenous land claims.”

The DOPPA has noted with great concern that accusations of deforestation by Western NGOs, may undermine the right of the indigenous landowner’s right to decide what to do with their inheritance.

“It is ironic to hear the loud demands of Western environmental groups that indigenous peoples should have the right to their ancestral lands at COP15 in Montreal, Canada. Yet, when we exercise the right to develop our ancestral lands for oil palm, the NGOs turn the table immediately and demand the EU must restrict the palm oil we produce.”

This has influenced the EU to introduce legislative measures like the CSDD which in turn, has influenced the Malaysian Sustainable Palm Oil standards to adopt a similar NDPE pledge. The DOPPA will be holding talks with policymakers in Malaysia to create an exemption for indigenous developments that may occur on peatlands or cause forest loss.

The acceptance of the EU that sustainably produced palm oil must include the rights of traditional owners to develop their lands, is therefore seen by DOPPA as an essential action to exercise their rights.

The DOPPA recommends that the EU accept the Malaysian Sustainable Palm Oil (MSPO) standards as the best means to include Dayak farmers in the palm oil supply chain for the EU.

“The EU’s requirements have all been addressed in the revised Malaysian Sustainable Palm Oil (MSPO) standards, and DOPPA is fully committed to supporting the national sustainability agenda.” said the President of DOPPA, Napolean Ningkos.